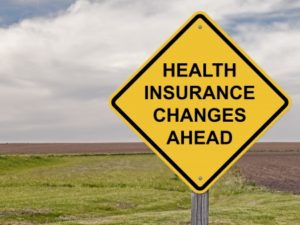 I have watched in fascination this week as our broken political system has churned out yet another foolish creation, the passage by the House of Representatives of a useless healthcare bill that has no chance of becoming law. Dysfunction is bipartisan, as Republicans gathered at the White House to celebrate their lack of accomplishments and Democrats gleefully hung on to the sinking Titanic of Obamacare. Neither side offers a viable solution and the American people suffer.

How did we end up with such a mess? The answer is simple. We voted for it.

Democrats ignore the failures of Government medicine, which is expensive, inefficient and for the 74 million Americans on MediCaid, of remarkably low quality. A large majority of the 180 million Americans who are not covered by the government rightfully fear the quality of their health care will decrease if they lose their private insurance.

Both parties seem to be angling for a solution that caters to enough people to keep them in power instead of a solution that addresses the fundamental problems that plague our healthcare system.

Conservative “solutions” such as allowing insurance to be purchased across state lines are farcical. The savings achieved will be so small as to be irrelevant. They hate to hear it, but the only way to lower costs is by lowering coverage in the form of higher deductibles and limited benefits. Wealthy families can afford to take such risks in a way that lower income families cannot.

Democrats need to address the poor quality care and service rendered under many government programs. Medicaid pays hospitals and physicians so poorly that access to care is severely limited. This limited access increases the use of emergency rooms for routine care, driving up costs. In many parts of the country, ObamaCare is failing. Iowa is down to one insurance provider and it is threatening to leave the state. Doing nothing is not an option.

Both parties stay on their side of the aisle and holler at the other, accusing them of abandoning the American people, ignorant that they are all to blame. Their refusal to work together to accomplish things for the people they were elected to serve is the reason we have an orange president.

1 thought on “The Stupidity of American Health Care”