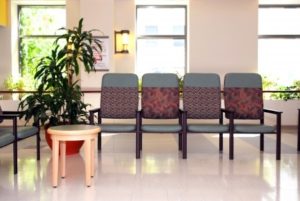 It was time to get rid of some old charts. The garage attached to the converted home that is my office had reached the maximum allowable clutter and we needed to clear some space. Charts for former patients that had not been seen in more than 7 years could be shredded, charts for active patients needed to be saved. I hired a college student for the task, to painstakingly check computer records to see which of the several thousand charts were which.

It became clear early on that it was going to take dozens of hours for the student to complete the task so I decided to help with the job. I realized that I could recognize the names of active patients immediately, and set them aside so the student did not need to deal with them. To that end I spent the afternoon of the fourth of July separating out these charts I recognized. It was an unexpectedly depressing task for I came across many familiar charts that bore the names of former patients I had not seen in years.

I saw the names of babies I had delivered whose families had moved away as well as other patients I had cared for who had gone home to family or followed job assignments out of state. I read the names of several people who had passed away, their names bringing memories of the sorrow of their last days. Some names brought smiles as they were associated with a patient who was quick with a joke or a story.

Some names brought stabs of pain bringing to mind patients who had left my practice in anger, including a vivid memory a patient who was angry that my chart notes had impacted an insurance purchase.  He had once given me an engraved gift for the care I provided his family. This was forgotten when the insurance denied his application. For him, all of the care I had provided meant nothing compared to an elevated premium.  He called into question my character and competence. I never saw him again. Other names, of parents who had left over my position on vaccines or antibiotics, also brought sadness. There were many other patients who had simply disappeared from the practice for reasons unknown.

I sifted through thousands of charts that day, overwhelmed by the reality that so many people had passed through my office doors and humbled by the fact that I had been privileged to care for so many.

Out of the multitude of memories and emotions I confronted that day arose a sense of purpose. I realized that there is never a guarantee that any relationship is going to endure. Each patient encounter my be my final opportunity to love and serve someone. With this in mind it is my goal to practice medicine in a way that honors that reality, to never waste a chance to be kind and gracious. It is my prayer that in so doing I will have a positive and lasting impact, to leave each person with an enduring positive memory, that the sight of my name will one day bring a smile.

Thanks for reading and sharing. I greatly appreciate comments and questions and those who subscribe regularly to the blog.